Message From The Chair On Absentee Ballots

I have received numerous questions about Absentee Ballots, so I want to share what I know and have observed. The procedures for handling Absentee Ballots are provided by the NC State Board of Elections.

When the Craven County Board of Elections (BOE) receives an Absentee Ballot, BOE staff checks the envelope for the signatures of the voter and the witness, and for the printed name and address of the witness. They also check the name of the voter against the list of voters to whom Absentee Ballots were sent. If everything is correct, they enter the voter’s name on a list of received ballots and place the ballot in alphabetical order in a box of “accepted” Absentee Ballots.

Within 24 hours after the BOE identifies a problem with an Absentee Ballot, they give the voter a “cure notice” by telephone, email or letter, informing the voter of the problem and giving them the opportunity to “cure” it. The BOE stores the Absentee Ballot, sealed in its envelope and separate from the accepted ballots, until the voter corrects the problem.

As of 5 PM on Monday, September 28, nearly 3,600 accepted Absentee Ballots were received. On Tuesday, September 29 at 2 PM the BOE began counting Absentee Ballots. I observed this process by online video. BOE Board Members selected at least 5 ballots from each of 8 boxes of accepted Absentee Ballots as samples and reviewed the envelopes to ensure they were correctly completed. State procedures allow the Board Members to accept the contents of each box based on the samples. BOE staff and Board Members then opened each envelope and checked that the barcodes on the ballot and the envelope matched. If so, the ballot was put into the ballot tabulating machine. Each empty envelope was put back into the box from which it came, which will be sealed and saved until the election is complete.

During this process, some Absentee Ballots were found that had problems. Some had incompletely filled in ovals or had extra marks on the ballots that would potentially cause them not to be tabulated properly. In some cases, voters at the same address mixed up their ballots and envelopes, so that the barcodes on the ballots and the envelopes did not match. In each of these cases, the BOE Board Members or staff corrected the problem, with a Republican and Democratic observer watching, so the ballot could be tabulated. In several instances, a voter voted for more than one candidate in a race. The BOE Board Members reviewed these ballots and allowed them to be tabulated, except that the tabulating machine will not count the votes for a race in which the voter voted for two candidates.

It appears to me that the BOE Board Members and Staff are making a good faith effort to assist absentee voters and correct minor errors when possible, and I feel confident that they will continue their efforts to make sure that we have a fair and accurate election in Craven County.

REMINDER – If you serve as a witness or are otherwise helping people with absentee voting, please ensure that the following are done correctly:

As in all elections, the ovals on the ballot must be filled in completely so the machine will read them correctly, and a voter cannot vote for more than one candidate in each race. 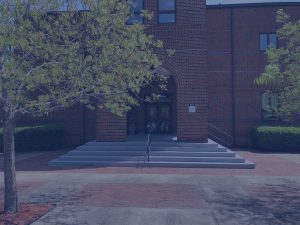 Don’t want to worry about long lines on Election Day? Stop by One-Stop Early Voting and get your vote in. We’re encouraging as many people as possible to vote early and bring as many friends,[...]
View Calendar