Unfortunately, tonight’s campaign event at Greene, Crow & Smith in New Bern has been canceled. Thank you so much to everyone who planned to attend the event.

Judge Jackson was looking forward to speaking with you about his campaign and he hopes you can join him at a future event. You can find all campaign events on hiswebsite:

I first met Judge Jackson at the first Wainwright Dinner the county party held in 2017. At that time he was the Democratic leader in the NC House of Representatives.  In that position he followed our late Representative, William Wainwright.  Judge Jackson has since told me that Rep. Wainwright taught him the workings of the Legislature. That he and our Representative were good friends. Knowing that, I volunteered to arrange the event we are holding on October 5. Like Judge Jackson, I too was a fan of Rep. Wainwright.  He did so much for our county party. Those are stories you may hear if you join us on Wednesday,
New Bern attorney, good Democrat, and good friend Kelly Greene is co-hosting this event. Kelly offered us his office for the evening. His firm is named Greene-Crow & Smith at the corner of Middle Street at Broad Street. Kelly, who was chair of the county party for two terms, was also a friend and admirer of Representative Wainwright.
This event is not a fundraiser although donations will be appreciated.  Everyone is welcome to attend. If you plan to join us please send a quick text to 252-675-8976 or an email to LibbieGriffin3@gmail.com.
I hope to see you there Wednesday,
Libbie Griffin 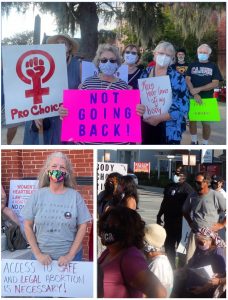 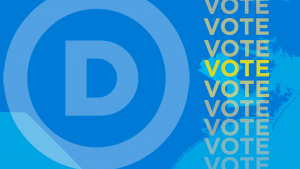 Contact:
Libbie Griffin
252-675-8976
Email
Candidate Events
Paid for by the Craven County Democratic Party. Not endorsed by any candidate or candidate’s committee.